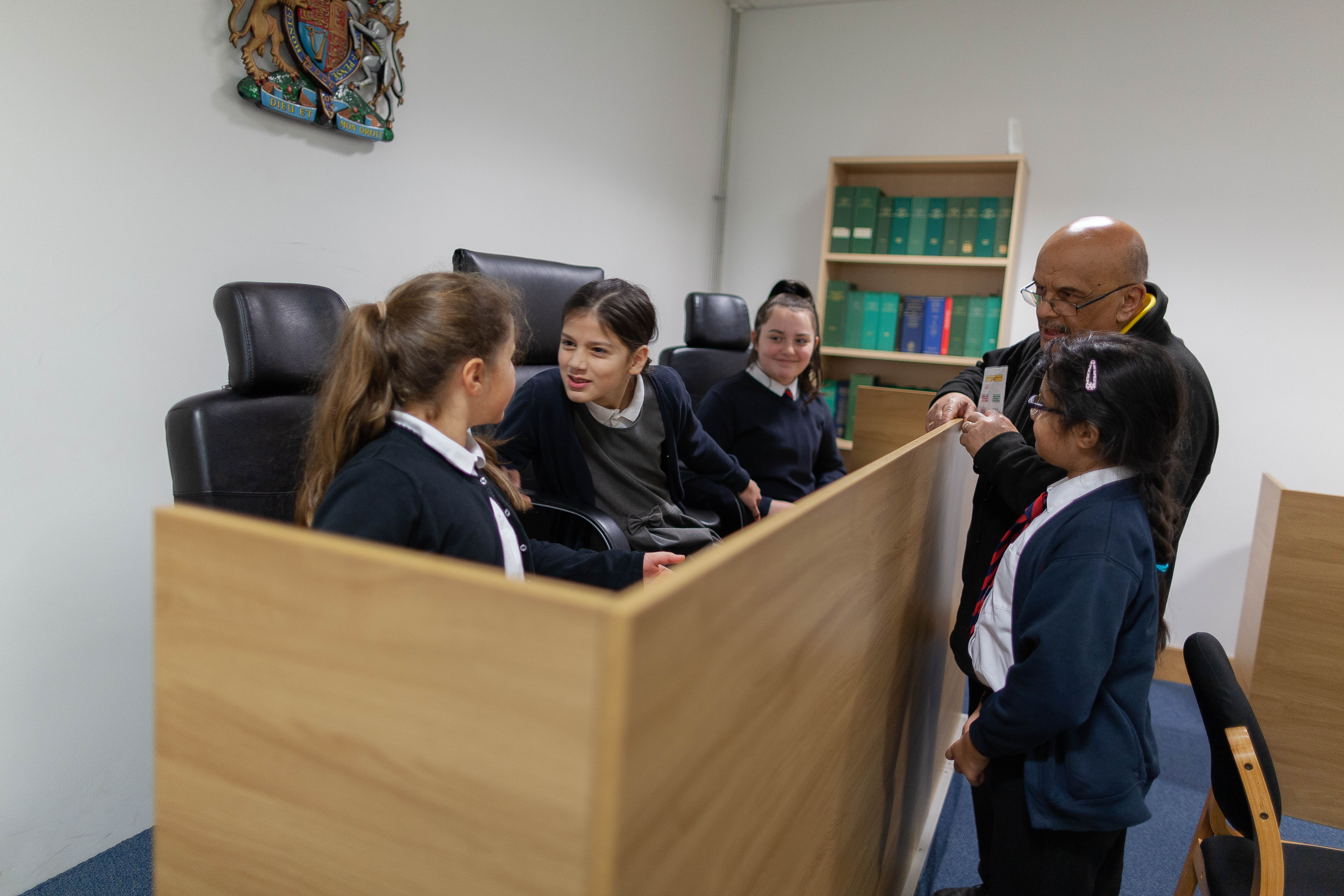 Set out exactly as a real life magistrates court with witness stand and dock, visitors will enter the court room and face the magistrates to follow court room procedures. Visitors will be asked to consider the consequences of anti-social behaviour and youth offending and how this can affect thier future.

There are three levels of criminal Courts in England and Wales:

There are two main ways of being brought to Court after having committed an offence:

Being held in Police cells and produced for Court on the next available day
Being released by the Police and bailed to appear in Court on a certain day.